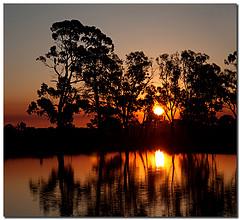 Many works of art are intended to create an impact, and this chair is probably striking even monstrous. The average reader perform the monstrous as something negative, but remember that something can be described as monstrous because of its size, its character combinations and confusing. What results is monstrous precisely because it is unclassifiable, which is what can not be assimilated and, if it is ultimately built, ceases to be monstrous. Cesar Aira brilliant literary critic, has called the prose of Argentine writer Robert Arlt of “monstrous” because of the lack of distance between the narrator and the reader. The monstrosity of the writer of Juguete Rabioso (The Rabid Toy), Los Siete Locos (The Flamethrower), among others, lies not only in the complexity of the narrator but also in his little literary vocabulary academic (as Beatriz Sarlo has called “knowledge poor”) and its characters (which Erdosain Barsut and embody the theme of double). More importantly, the monstrosity in Arlt lies primarily in its hybridity (the mixture between German Expressionism, existentialism North American and Italian Futurism) and in the total abscence of attachment to an ideology. The company secretes in which the character is involved mixing speech fascists and communists, spiritual and technological, religious and atheists. The incorporation of conflicting discourses and ideologies seemingly contrary results in total disbelief to any ideology, and ideology as a lie (the allusion to lie metaphysics is constant).

The monstrosity of writing Arlt led contemporary critics to despise the author and to say that Roberto Arlt knew simply not write. His way of doing violence to the syntax to achieve a distorted and aggressive writing has troubled many critics (it is necessary to mention that Los Siete Locos, written in 1929, anticipates the Argentine coup of 1930, which highlights the clarity of Arlt and his ability to understand the society of his time and to decode speech in all). It is these and other reasons (such as the ability to interpret the work of Arlt different ways at different times and his indomitable character and unclassifiable) have led critics to place Argentine literary work Arlt over that of the highly regarded Jorge Luis Borges (this is completely different styles; Borges works on the edge Arlt while working on the whole-of anxiety, imprisonment, insanity, etc. .).