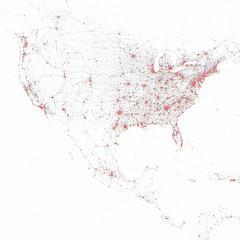 Little more than one decade ago that appeared in the story the first MP3 player market. No one could then imagine the impact that these small portable devices would have on the digital society. Today they are products of mass consumption. The story of MP3 players is dizzying (and a little confusing in its origins). Many believe that pioneer was the Rio PMP300, created in 1998 by the Californian firm Digital Networks North America. But the truth is that a humble South Korean company had taken the initiative some months earlier with the launch of the MPMan F10, a unit of rudimentary design with just 32 Mb of memory (capable of storing between 5 and 6 songs). That first adventure was a true commercial failure.Slightly better he went to the Rio PMP300, with greater storage capacity and a more modern design. The myth, however, would begin to harden in late 2001.

Apple enters the scene in October of that year with the release of the iPod, which has swept completely to competition since then. Thus was born the fashion of the MP3.The U.S. Consumer Electronics Association (CEA) estimates that about half of households in the developed world it has MP3 player, percentage that will go to over 60% in 2012. It is the sub-sector which most rapidly evolved in recent years within the consumer electronics industry, and although the market shows the first signs of saturation in the West, there is still much room for growth in emerging economies. A turnover high according to specialized consultancy iSuppli, in 2009 it would have sold around 225 million MP3 and multimedia players in the world. In 2011 the 270 million units, could surpass for the first time what would be double that in 2005, when some 129 million units were sold.

The manufacturers of MP3 players billed more than 20 billion dollars annually (around 14,600 million euros).When buying a player MP3 should be borne in mind that there are two types with characteristics and different qualities: players based on flash memory. Digital audio files are stored in an internal memory or external (as memory cards). They tend to have a storage capacity limited, usually between 128 Mb and 4 Gb, although sometimes it is possible to expand the memory. Hard drive-based players. Read the digital audio files from a hard disk. They tend to have a greater storage capacity, between 1.5 Gb to 100 Gb, depending on the technology of the hard disk. The popular Apple iPod or Creative Zen use this variant.